Summer of celebration for choir 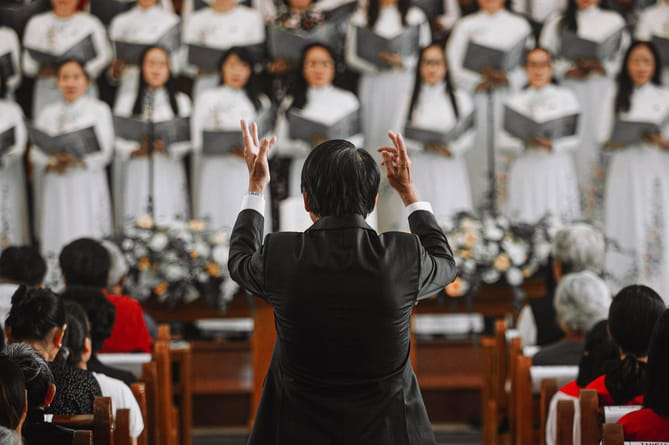 Summer of celebration for choir ( )

Just like the temperature, Plymouth Philharmonic Choir are warming up for their next concert, ‘Orb and Sceptre: A concert to celebrate the Queen’s Platinum Jubilee’, which takes place on Saturday, July 9, at 7.30pm in The Minster Church of St Andrew, Plymouth.

Some of the jewels being performed include music from the 1953 Coronation.

Parry’s I Was Glad was the first piece to be sung at the start of the service, just as it was during the Queen’s Platinum Jubilee Service of Thanksgiving at St Paul’s Cathedral.

Handel composed Zadok the Priest as one of four anthems for the coronation of George II in 1727.

Staff shortages make it very hard for holidays to be taken

This piece has been played at every coronation since, usually during the anointing, the spiritual climax of the service.

The new Queen processed out of Westminster Abbey to Te Deum by Walton, composed for the occasion.

With its energetic rhythms, scrunch chords and at times, eight vocal parts, it is music that makes your heart sing.

The choir are delighted that they will be joined by two guests. John Suchet, Television Reporter of the Year (1986), Television Newscaster of the Year (1996), awarded the Royal Television Society’s highest accolade – Lifetime Achievement Award (2008), a self-confessed Beethoven addict, awarded an Honorary Fellowship by the Royal Academy of Music (2001), an author who has written seven books on this great composer and whose weeknight programme ‘The Classic FM Concert’ is listened to by many thousands of music lovers.

And Timothy Noon, who is the Director of Music at Exeter Cathedral having previously held positions in cathedrals in the UK, Republic of Ireland, and New Zealand.

In 1993, aged 19, he became a Fellow of the Royal College of Organists, winning the coveted Limpus prize.

Since then, he has been in demand as a solo recitalist, giving concerts in many prestigious venues across Europe, and in this concert will be playing a number of pieces, including Walton’s Orb and Sceptre.

He is also an active and published composer, and an examiner for ABRSM.

Further information, together with ticket prices and availability, can be found on the choir’s website (plymouthphilchoir.org).