Captains in agreement after Launceston v Bude is called off 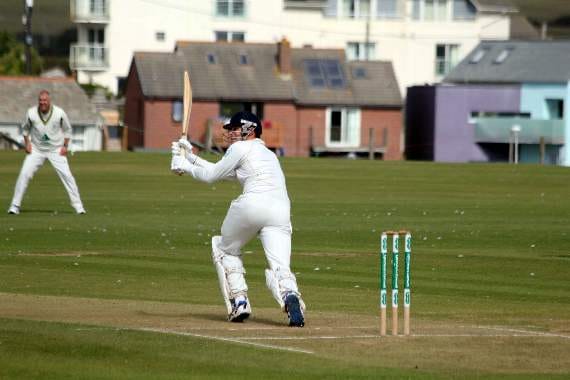 CAPTAINS Matt Bloomfield and Warren Rumble were in full agreement after Launceston’s clash with Bude in Division Two East of the Cornwall Cricket League was called off due to the weather at Lawhitton.

Play was due to start at 1pm after Rumble won the toss and sent Launceston into bat, but a ball was never bowled as the steady drizzle started and never abated.

Rumble told the Post: “In the end there wasn’t much point of hanging around. We’d already been sat there for about two hours, and we’d have needed half an hour for the outfield to dry out. Plus the forecast wasn’t great, so we agreed to call it a day.

“I was quite happy to win the toss but about three minutes before we went out it rained. If we’d started we probably would have carried on, but it wouldn’t have been much fun.”

The other five games in the division did start, and although none were played to a finish before the weather won, it allowed teams to pick up bonus points plus six points for the abandonment.

Rumble added: “It’s annoying that everyone else started and we didn’t, but we had a game where everyone was rained off and we played. Unfortunately there’s nothing you can do about it, so we just need to get on with it.”

Rumble said: “I’m quite surprised they’re not doing very well so far, because in previous years we’ve always had really tough games against them. But they’re coming to us, and we’re always confident at home, so hopefully we get the job done.”

Rumble had Tom Hall, Jack Horwell and Shaun Whitefield all unavailable for Saturday, but all return.

He said: “Everyone is available who wasn’t last week. Tom Hall will come in for Matt Hookway who has to work one in five, while Jack and Shaun will come in for Lee Houghton and Chris Walker.”

Rumble’s counterpart, Matt Bloomfield admits his side, who have now seen four games called off from eight, need to kickstart their campaign.

He said: “After getting a good result at Tideford, it was pretty frustrating that another game has been called off for rain, particularly from the point that we’ve lost a lot of games to the weather already this season and the boys just want to be playing cricket. It looked like we’d at least start on Saturday, but the rain came in just after the toss and never really stopped long enough to allow the outfield and square to dry up. Hopefully going forward, the weather will be a bit kinder to us, and we can start stringing some games and results together.”

Launceston head down to third-placed Wadebridge seconds on Saturday. They had Roche in trouble at 23-3 before the weather set in at Trezaise Road.

Bloomfield added: “I’m not really sure what to expect from Wadebridge as we haven’t played them for a few years. But looking at the table and their results so far, they’re clearly a decent side full of players with previous first team experience, so we’ll have to play very well to win. But we’ll just look to put in a decent performance, and come away with the points.”