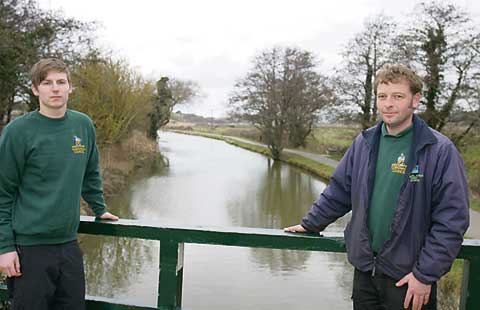 Pictured at the location where the swans were found on Bude Canal are Aaron Lloyd and Kevin Benson (harbourmaster). ()

Two swans, that have been a familiar sight on Bude Canal, both died recently. An autopsy has been carried out and Jo Barr, RSPCA spokesperson, said there didn't appear to be any suspicious circumstances surrounding the deaths and that the swans died of natural causes. The swans are not believed to have been shot and there was no sign of trauma. Autopsy findings were being finalised as the 'Post' went to print, but Jo said it would appear that one swan suffered from an enlarged heart and one had an infection.