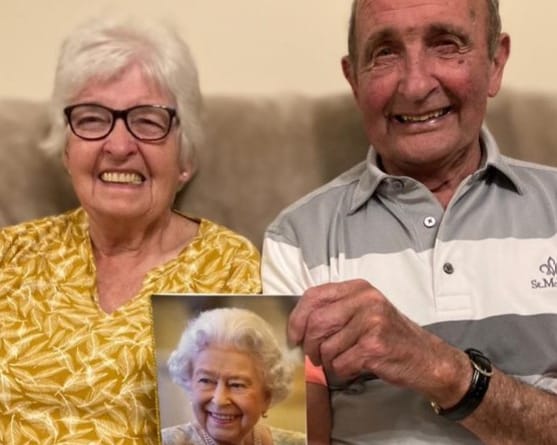 Charles and Rachel Jenkins celebrating their 60th anniversary with a message from the Queen. (Picture: Cornish & Devon Post )

A couple from Bude received a letter from the Queen to celebrate their wedding anniversary.

Charles and Rachel Jenkins from Kilkhampton celebrated their 60th wedding anniversary on March 17 and received a letter from the Queen congratulating them on their Diamond anniversary.

The couple got married in 1962 at Poughill near Bude and were very delighted when they received their letter.

Charles said: “It was fantastic. When we received the envelope from the postman and it said it was from Buckingham Palace, we were very proud.”

The couple made the most of their special day and went out for a meal, followed by a big family event with the pair’s favourite music, the bagpipes, at Bude and North Cornwall Golf Club.