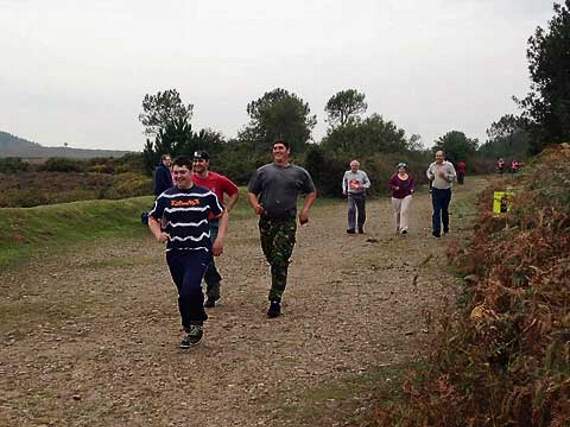 Taking part in the Commando Challenge

FOUR members of the Woodward family from Whitstone and two friends joined a Commando Challenge in aid of Devon Air Ambulance and the Royal Marines Charitable Trust.

Mike Woodward and his sons — Steve, Adam and Daniel — and friends Mick and Melanie Herrero signed up for the 4k fun Commando Challenge in aid of Devon Air Ambulance and Royal Marines Charitable Trust.

The eldest in the team was 72 and the youngest was 16 — they arrived an hour before their start time for a safety briefing before being transported to the start line where the Marines gave them a ten-minute warm up. They set off at 9.32am.

The course consisted of tunnels, rivers, swamps, lakes and mud.

You still have time to help us improve call handling

The final obstacle was a ‘sheep dip’ where the participants were pushed under water. Through a long dark tunnel before being pulled out to have a quick gasp of air ready to run to the finish.

They completed the course in 50 minutes and 50 seconds and raised £396 for the Devon Air Ambulance in the process.

Paula Woodward said ‘Well done to all six’ all of who are looking forward to next year where they are thinking about taking part in the 10k.”